What Wrongful Birth Can Tell Us About the Cost of Blackness

Excerpted from: Kimani Paul-Emile, When a Wrongful Birth Claim May Not Be Wrong: Race, Inequality, and the Cost of Blackness, 86 Fordham Law Review 2811 (May, 2018) (86 Footnotes) (Full Document) 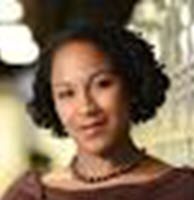 The wrongful birth claim, more so than race or disability antidiscrimination laws, surfaces the many ways in which being black in the United States can be disabling by making explicit the costs imposed by blackness. Although Payton is mixed race, it is her blackness that Cramblett finds most troubling. Cramblett's complaint makes clear that she is quite conscious of the costs attendant to Payton's blackness, which result from racial discrimination and structural inequality. For example, the “all white community” from which Cramblett and her family must now flee is likely a result of structural discrimination--such as racial steering by realtors, discrimination in home financing, and the consequences of past and ongoing “redlining” practices that discriminate against black customers seeking to live in specific neighborhoods.

Cramblett must also deal with the devastating effects of these structural impediments to residential integration, including the creation and maintenance of racially segregated schools. Cramblett maintains that her “stress and anxiety intensify when she envisions Payton entering an all-white school” as she avers to be “well aware of the child psychology research and literature correlating intolerance and racism with reduced academic and psychological well-being of biracial children.” Cramblett has good reason to be concerned. Data has long shown “that the experience of ... race discrimination [and structural inequality] can cause race-related stress, which negatively impacts health, including the onset, progression, and severity of illness or disease.”

The schools most likely to be attended by black children also tend to be racially segregated. Cramblett's stated aim of sending Payton to an integrated school, however, may be difficult to achieve as meaningfully integrated schools are few and far between, despite data demonstrating that “diverse classrooms reduce racial bias and promote complex reasoning, problem solving, and creativity for all students.”

Cramblett's professed “biggest fear[] is the life experiences Payton will undergo.” She is correct to worry about her daughter, who will not enjoy the privileges of whiteness that Cramblett sued to affirm. Life will certainly also be more challenging for Jennifer Cramblett, who will have to contend with the bigotry and discrimination that Payton will undoubtedly face. Black parents talk openly about their fears, anxieties, and concerns about the challenges their children will experience growing up in America, including how their children will negotiate possible interactions with law enforcement and whether they will be judged by “the content of their character rather than the color of their skin” in virtually every aspect of social and economic life. The price of bias and discrimination that Cramblett sought to recoup is an everyday reality for black people, who must absorb these costs. For black parents, these costs are privatized and normalized, which renders them invisible. This makes black people's inferior socioeconomic status appear attributable to their private choices or aptitude rather than a consequence of broader social structural forces and a residual effect of the United States' legacy of state-sanctioned, race-based discrimination. This harms black people by not only naturalizing their stigmatized social status but also by shifting responsibility for that status onto black individuals themselves and away from society at large.

While there are many reasons why parents seek to create racially concordant families through ART, when we consider what might be motivating white parents, it is difficult to imagine that they are unaware of the cost of blackness. ART consumers, like most Americans, care about race, which they typically rank first or second in importance when selecting a donor, eclipsed only sometimes by intelligence. The gamete market upon which ART relies is stratified by race with white sperm and eggs valued more highly than the gametes of other groups. For example, the eggs of a white, blond, highly educated donor can command as much as $100,000. Moreover, there are significantly fewer nonwhite gametes available. While these market realities may influence the choices of white, prospective parents, they may also simply reflect these parents' preexisting conceptions of the value of blackness. White parents may intuitively understand that race matters, and they may therefore make particular choices about racially concordant families because they realize that there is a privilege that accompanies whiteness and a cost that attends to blackness.

My goal, despite the title of this Essay, is not to endorse Cramblett's decision to raise the wrongful birth claim. Rather, I seek to show how the claim offers an often unarticulated way of thinking about the operation of blackness in society. The wrongful birth claim made explicit the ways in which what we may think about as private choices are shaped by structural forces that work to disable certain populations. In so doing, the claim allows us to acknowledge, and perhaps address, the social causes and consequences of racial inequality.