All Aboard the Momnibus: Will Congress's Proposed Legislative Package Help Drive down Black Maternal Mortality Rates? 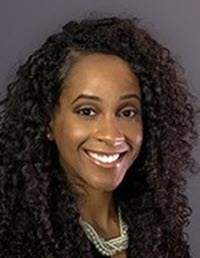 Motherhood is one of life's most beautiful, inspiring, and for many women, rewarding, purposes. It is a sacred journey that marks a new chapter in every woman's story, and it should be one of the happiest moments in every woman's life. Many women will become mothers during their lifetime, and while pregnancy and childbirth can be life-altering events, they can even prove to be life-ending for some women. American women die in childbirth at a higher rate than in any other developed country. Pregnancy-related complications account for approximately 700 deaths in the United States annually, according to the Centers for Disease Control and Prevention (CDC). Further, research shows that roughly 60% of all pregnancy-related deaths are preventable.

While some of the statistics help put this ongoing crisis in context, the stories of the lives lost and testimonies of Black mothers with near-death experiences illustrate how America fails its Black mothers. Kira Johnson was a successful entrepreneur who spoke five languages, flew planes, and enjoyed skydiving until she tragically lost her life in childbirth. After what should have been a routine Cesarean section to deliver her son, Langston, Johnson's husband, Charles, began noticing issues. As Kira's catheter turned pink with blood, Charles pleaded with the hospital to take action only to be told she “just isn't a priority.” Kira's condition continued to deteriorate as nurses and doctors ignored Charles. When doctors took Kira to surgery, they discovered that her abdomen had filled with close to four liters of blood after bleeding internally for nearly ten hours, and her heart stopped immediately. What was supposed to be one of the happiest days of Kira and Charles's life ended in an unspeakable and avoidable tragedy. Kira was in excellent health, had no pre-existing conditions, and gave birth at one of the top hospitals in the nation. Unfortunately, however, the architect of her demise was her identity as a Black woman.

This crisis also impacts Black woman across America's educational and socioeconomic spectrum. Shalon Irving, a 36-year-old CDC epidemiologist with two master's degrees, a Ph.D., and excellent health insurance, died three weeks after delivering her daughter. Shalon's journey to pregnancy presented several red flags, including fertility difficulties, a blood clotting disorder, and uterine fibroids, which Black women are two to three times more likely to develop than their white female counterparts. After her cesarean section to deliver her daughter, Soleil, Shalon developed a tender lump along her incision that required draining, followed by dangerously high spikes in her blood pressure that caused chronic pain, persistent headaches, and nine pounds of weight gain in ten days. After being sent home without treatment following a negative screening for postpartum pre-eclampsia, Irving returned to her doctor five days later reporting an unwell feeling and swelling in her right leg only to be sent home with a prescription to treat hypertension. That same night, Irving collapsed in her home from cardiac arrest and was rushed to the hospital where she later died after being removed from life support. Shalon's story demonstrates, yet again, that education and socioeconomic status will not insulate Black women from this insidious issue. World-famous women are just as vulnerable.

In a Vogue cover story, world renowned tennis star and superstar athlete, Serena Williams, opened up about her near fatal birthing experience. Just a day after giving birth to her daughter Alexis Olympia via cesarean section, Williams began experiencing trouble breathing. Due to her long history of blood clots, a condition that nearly killed her in 2011, Williams immediately suspected she was suffering from a pulmonary embolism or a blood clot in her lungs. After alerting a nurse to describe what was happening in her body, Williams requested a CT scan and a blood thinner, only to have her concerns shrugged off by the nurse. Still, Williams insisted on a CT scan, but instead, her doctor performed an ultrasound of her legs. Finally, after the ultrasound revealed nothing, Williams underwent a CT scan which showed several small blood clots in her lungs, and doctors immediately placed her on a heparin drip. Thankfully, Williams survived this blatant example of racial prejudice and bias, but her story is a stark reminder that racism robs countless Black women in the United States of the precious experience of motherhood.

A breakdown of these shocking statistics helps put this alarming crisis in context. Racial and gender inequalities cause Black women to live on society's edges, exposing them to certain risk factors that contribute to the elevated number of Black maternal deaths. Factors such as poverty, lack of access to healthcare, and exposure to institutional and systemic racism all work in concert to undermine healthy maternal outcomes for Black mothers. For example, Black women represent 22.3% of women in poverty but make up only 12.8% of America's female population, and higher poverty rates are associated with higher rates of maternal mortality for women of all races. Additionally, Black women are twice as likely to be unemployed than white women, with a total unemployment rate of 8.5% for Black women and 5.1% for White women in 2020. Black women's poverty and unemployment rates also affect their access to care, as Black women are more likely than their white counterparts to be low income and enrolled in Medicaid, with 31% of Black women enrolled in Medicaid, compared to only 16% of white women. Black women's lack of access to necessary healthcare makes them less likely to receive recommended disease prevention and management, which further causes Black women to enter pregnancy without added benefits of preconception care.

Yet, even when healthcare is accessible to Black women, issues regarding quality of care and implicit racial discrimination from healthcare providers and America at large can have drastic effects on the health of Black mothers. Studies have shown that implicit racial discrimination adversely affects Black patients as they are treated differently than white patients with the same symptoms. For example, a 2016 study on racial bias in pain perception and treatment found that Black patients were undertreated by medical staff for pain compared to white patients. Moreover, quality of care in Black-serving hospitals, in which 75% of Black women give birth, also negatively impacts Black mothers as these hospitals have drastically higher rates of maternal complications than other hospitals. Finally, racism contributes to poor Black maternal health outcomes by acting as a stressor that compromises Black women's overall health. Research suggests that racism operates as a psychological stressor that, over time, leads to physiological changes in the body that make Black women more susceptible to disease.

This Comment aims to raise awareness and further discussions about how America can adequately address the issue of maternal mortality that overtly and disproportionately affects Black women, including trans and gender-nonconforming or gender variant birthing people. Our nation's history has proven that the abuse and mistreatment of Black women and their bodies is no new occurrence, and this history has subsequently influenced the narratives cemented in America's conscious that inform how doctors, nurses, and other medical staff view and treat Black women and Black birthing people. Implicit bias is one of the irrefutable threads woven into the stories of Black mothers who die.

My objective in enacting Title X Superior Care Standard for Moms is to provide a potential legislative solution to confront implicit bias directly and urgently in hospitals and maternity care facilities across the nation. While legislation can be a critical first step in providing solutions to issues that plague our society, legislation often fails to go far enough due to the constitutional constraints on Congress. Potential legislative efforts designed to combat the implicit bias that Black mothers face will undoubtedly be met with challenges and criticism to its practicality and implementation. Addressing Black maternal health disparities will likely be a collaborative effort at the state and federal level in offering solutions that will ensure that Black mothers receive the equitable healthcare they so rightfully deserve.