The Technologies of Race: Big Data, Privacy and the New Racial Bioethics 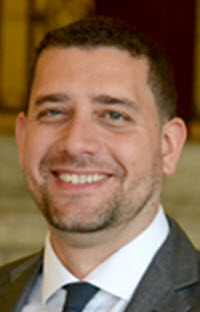 The truism that race is a social construct rests upon the recognition of our shared humanity. Overtime, race developed into a tool to deny the humanity of millions of people, providing a moral rationalization for the unequal treatment of persons in a world increasingly committed to democratic equality. Whether supporting chattel slavery, Jim Crow laws, social Darwinism, or applied racial eugenics, science has long played a role in validating the supposed “scientific” inferiority of persons falling outside of the (ironically) socially constructed definition of “whiteness.” In the postwar world, the devastating consequences of utilizing “science” to rationalize the unequal treatment of non-white races led to universal recognition that “race” was devoid of genetic meaning and, rather, was a phenomenon of social fabrication.

The rapid expansion of the collection and use of genomic “big data” for forensic and health care purposes, however, threatens a disturbing return of nineteenth century “race science.” Within criminal forensics, the expansion of state and federal DNA databases, coupled with the Supreme Court of the United States' permissive views on when DNA samples may be collected for inclusion in government databases, creates both an ethical and legal dilemma while simultaneously threatening our accepted understanding of non-biological race. Two separate practices relating to the use of DNA samples for criminal forensics highlight this dilemma. First, the broadening of the rules allowing the collection of DNA samples has disproportionately impacted racial minorities. While African Americans represent only approximately 13% of the U.S. population, they represent approximately 40% of the federal government's offender DNA database. Second, state and federal courts commonly admit “racialized” DNA evidence. Prosecutors regularly present random-match genetic estimates such as “only 1 in 10 million Hispanics share the same DNA profile as that of the defendant.”

In the health care setting, the benign collection of race-based health information, coupled with expanded research into racial health disparities, oddly increased the risk that such disparities are considered grounded in biological differences rather than owing to social determinants and/or epigenetic factors. While benign mandates such as the Office of Management and Budget's Directive 15 and the National Institutes of Health Guidelines concerning race-based health research certainly facilitated a greater understanding of racial health disparities, it is arguable that researchers have mistakenly interpreted by them as directives to treat races as biologically distinct populations. Taken together, these findings indicate that researchers simply lack adequate guidance on how to apply socially constructed “racial” categories to health studies premised on reaching allegedly biological scientific findings. In addition to these benign mandates, new advancements in pharmacogenomics and race-based gene-line editing have been racialized, creating a resurgence of previously discarded notions of racial genetics.

These aforementioned developments in research trends threaten established bioethical and legal principles. From a bioethical perspective, these developments undermine important notions of personhood and shared humanity that undergirds the socio-democratic fabric of our society. Further, from a legal perspective, these practices run afoul of basic substantive due process and equal protection rights enshrined in our Constitution. This is further bolstered by the Supreme Court's current jurisprudence; in 2013, the Court held in Maryland v. King upheld that the forcible collection of racially-categorized DNA samples for felon arrestees as constitutional. If these trends continue, it is possible that they could have a long-lasting impact on those racial groups invidiously discriminated against in this manner.

This Article addresses the bioethical, privacy and constitutional dimensions of the new “race science,” while proposing concrete policy solutions as to how to better utilize race-based biometric “big data” in the forensic and health care contexts. In particular, it examines the broad privacy concerns that arise from the expansion of DNA data-banking and genetic surveillance technologies, and argues that the use of certain genetic technologies undermines an individual's constitutionally protected privacy interest in avoiding a biological race classification by the government.

In addition, the Article places the Supreme Court's recent decision in Maryland v. King, which upheld the forcible collection of racially-categorized DNA samples for felony arrestees as constitutional, in the broader context of the modern expansion of forensic genomic data collection by the government, and proposes that in light of current state and federal trends to expand genetic surveillance efforts, the Supreme Court misconstrued the Fourth Amendment privacy analysis as it relates to the collection of race-based DNA samples. The Court in King erred in its mischaracterization of both the stated government interest in identification and the privacy interest in individual DNA samples by obfuscating the fact that collected DNA data are used to generate unreliable racial identifications of persons. This Article argues that individuals have a heightened privacy interest in avoiding classification by “biological race” by the government, and that the government has no legitimate Fourth Amendment interest in classifying suspects by supposed biological race. For this reason, this Article posits that the continued forcible collection of DNA samples under state and federal law violates the Fourth Amendment, to the extent the state actor categorizes samples by race.

Part I of this Article provides a historical context by examining the sociological and scientific nature of “race.” This Part will begin with an overview of how science first recognized the concept of “race” as a “natural” and “biological” phenomenon. It then proceeds to examine the ways in which a genetic understanding of race has historically led to horrific consequences for persons deemed “non-white,” as various state actors utilized the supposed biological difference to rationalize instances of systemic racism, such as chattel slavery, immigration restrictions, Jim Crow laws, eugenics movements, the Holocaust, and other inhumane measures in the alleged name of science. Part I argues that race can be more properly understood in today's modern world as a form of technological control due to this history. It also examines the widespread scientific and sociological rejection of biological race theory following World War II, while briefly discussing social constructionist models of race and ethnic difference.

Part II of this Article examines the resurrection of the biological race concept in modern scientific and legal discourse. Under the name of advancements in health and science facilitated by the significant expansion of DNA data-banking, the combination of the desire to extend patent protections and develop new markets for pharmaceuticals, the advent of consumer-targeted DNA testing, and benign government directives to consider “race” in health research, has effectively caused the public to revert to an understanding that racial taxonomies have genetic meaning. This Part will explore these new technologies of race, while probing the modern resurgence of biological race theory from psychological, historical, and social perspectives. In particular, this Part will reconcile the rise of contemporary white nationalism with the rise of post-racialism and post-oppression mentalities, by suggesting that in the current climate race-based disparities can only be rationalized as reflecting normal group differences. Thus, in a world that has purportedly moved beyond structural oppression, modern understandings of biological racial differences can assist in naturalizing existing inequality. Accordingly, the rise of white nationalism, “Trumpism” and the “alt-Right” acts as post-race activism, attempting to normalize social inequality as unalterable human difference. In turn, this Part dismantles both white nationalist and post-race theory, while contending that modern understandings of biological race distinctions rest upon faulty scientific assumptions, using race-based DNA profiling as a failed genetic explanation of racial difference.

Next, Part III of this Article examines how the “new race science” has become integral to the expansion of genetic surveillance technologies and DNA bio-banking. This Part will expand upon the “race as technology” concept, while charting the role that modern genetic surveillance technologies play in establishing racial markers and boundaries in society. “Racializing surveillance” creates norms that define “what is in or out of place,” and influences the collection and interpretation of data. The interpretations of such data inevitably shape our understandings of race and identity, by using seemingly benign algorithms and data categories that rely on coding assumptions about “race.” Further, this Part will also explore the concept of “digital epidermalization,” as pioneered by Frantz Fanon and modernized by Simone Browne. The rendering of racialized bodies into “digitized code” serves to normalize racial boundaries, and thus inequality, in ways that seem neutral and natural. As the algorithmic production of knowledge about race increases, it can be seen as more true and natural than non “big data” forms of knowledge. However, this assumes that racial categories are well defined and accepted taxonomies of human difference, such that machines can be coded to make racial distinctions, ultimately normalizing racial difference and thus inequality. This Part will apply the above framework to the Supreme Court's decision in Maryland v. King, which upheld as constitutional under the Fourth Amendment the forcible collection of DNA samples from persons merely arrested upon suspicion of committing a serious crime. This Article critiques the outcome in King as failing to recognize the individual privacy interest in avoiding biological race classifications in its Fourth Amendment analysis. And in so doing, Part III will develop the concept of “racial privacy” in the Fourth Amendment context, while linking the doctrinal analysis to the broader bioethical concerns underlying racialized genetic surveillance.

The final Part of this Article presents a theory of shared humanity. The theory of shared humanity provides that governmental acts that undermine a social conception of equal personhood are unconstitutional under the substantive due process doctrine, as informed by the Ninth Amendment. Part IV will also touch upon additional constitutional arguments that could be made in the racial DNA context. In particular, it will address concerns tied to equal protection rights of criminal defendants under the Fourteenth Amendment. The Article seeks to contribute to a “critical genomic consciousness” by showing how ownership and access to one's own body data is a fundamental right; further, it examines how concepts of personhood have been attacked by the creation of boundaries using technologies of race and rationalized by science, and how these boundaries have been used to erase who constitutes a rational and moral being deserving of full membership and rights in community.

Overall, it is facile to see that the color line has been geneticized. Genetic notions of racial difference are seeping back into our social consciousness, mistakenly seen as natural by advancements in biotechnology and are increasingly embraced by law. This Article has attempted to contribute to a broader “critical genomic consciousness,” by examining the potential bioethical, social and legal consequences of modern “race science.” The need has never been greater to remain vigilant about understanding the ways in which new technology, particularly biotechnology, can end up reifying racial taxonomies and normalizing inequality on the grounds of supposed biological difference. The new manifestations of biological race science not only entrench race-based disparities as caused by natural biological difference, but at the heart threaten the precept of shared humanity at the very heart of our constitutional democracy.

Professor of Law and Director of Faculty Research and Scholarship, Albany Law School.