Collateral Consequences and Collateral Harm: The Covid-19 Pandemic as a Catalyst for Equitable Reintegration Reform 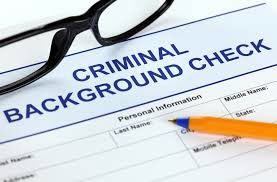 For many, having a criminal record “serves as a perpetual badge of infamy, even serving to impugn reputation beyond the grave.” This “badge of infamy” precludes justice-involved individuals from accessing a breadth of rights and opportunities, frequently causing devastating aggregate and intergenerational effects on ex-offenders' families and communities. Because approximately one-third of Americans have a criminal record, the effects of collateral consequences can seep into every facet of American life, even for those who have never been convicted. For these reasons, reintegration--the restoration of rights lost as a consequence of criminal justice involvement--is an imperative part of criminal justice reform. Recently, measures intended to ease the burden of having a criminal record have picked up steam in legislatures across the country. Some scholars fear, however, that many of these new mechanisms may be less advantageous to certain groups of ex-offenders, serving to exacerbate, rather than fix, the socioeconomic and racial inequities that exist both within and outside of the criminal justice system.

The COVID-19 pandemic both magnified and illuminated the deadly and far-reaching effects that criminal justice involvement and the collateral consequences that follow have had on ex-offenders and their communities, especially those that have historically been the most severely affected by these disadvantages. Consequently, the pandemic demonstrated an urgent need for relief from the heavy burden of having a criminal record--specifically, relief that is broadly available, widely accessible, and effective for all ex-offenders. As the detrimental effects of collateral consequences continue to become more visible to the general public, it is critical that future efforts to mitigate these effects sufficiently account for the many structural, systemic, and multidimensional race and class inequities inextricably intertwined with the American criminal justice system and frequently impact reintegration outcomes.

Part II of this Article provides a brief overview of some of the most significant effects of collateral consequences, as well as the race and class disparities that commonly influence the impact these consequences have on particular individuals and communities. Part III explains various recently passed and proposed reintegration-focused legislation at the state and federal levels, as well as concerns that these measures may lead to disparate outcomes. Part IV discusses the devastating effects of criminal justice involvement and persistent collateral consequences through the lens of the COVID-19 pandemic. Part V proposes that the federal government, as part of its national response to the pandemic, should enact an expungement statute that places a distinct focus on equity. Equitably available reintegration measures would benefit not only those individuals with criminal records, but all of society, which is particularly important as the nation begins to rebuild in the wake of current public health and economic crises.

The devastating impacts of the COVID-19 pandemic will undoubtedly continue to be felt by many for the foreseeable future. But eventually, as is the case with even the most extreme catastrophes, these effects will end. On the other hand, without dramatic systemic reform, the deeply-rooted structural inequities that were highlighted during the pandemic will persist and again worsen during future times of crisis. The best path forward--perhaps the only path forward-- requires us to use the painful lessons learned during this crisis to better prepare ourselves for future crises, while attempting in good faith to right some of the many wrongs that have resulted from the criminal justice system's legacy of discriminatory harm.

In recent years, the federal government has pledged to support reintegration reform, as well as racial and economic justice initiatives. The enactment of an equity-focused expungement statute would be an excellent way for the federal government to provide tangible support for those promises. By prioritizing equitable reintegration reform on a national level, establishing empirical data as to its safety and efficacy, and facilitating successful reintegration, the nation as a whole will be better positioned to heal from the effects of the pandemic, as well as additional past harms that have similarly had lasting impacts on many Americans.