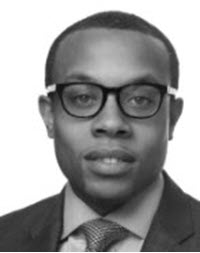 The vulnerability of global food supply chains and the importance of food access in urban geographies has been laid bare by the COVID-19 pandemic. Not only have government-mandated social distancing policies impacted seasonal farming labor, but the viral risk exposure of low-wage workers in food processing and distribution facilities has severed food supply chains and augmented public health concerns over the safety of food. As food supply chains have been disrupted, America's long history of racial discrimination and governmental neglect in the uneven siting of full-service grocery stores and fast food restaurants has been exposed. In predominantly Black urban geographies in cities across the United States, one frequently discovers a paucity of full-service groceries stores with healthy and nutrient-rich foods, and a plethora of restaurant chains with cheap, highly processed, and unhealthy meals.

A lack of access to adequate healthy and nutrient-rich food can trigger deficiencies in nutrients and calories that are necessary to combat diseases. Additionally, eating too much nutrient-deficient “fast food” can lead to obesity, diabetes, and heart disease, each preexisting health conditions that have been linked to a heightened risk of mortality from COVID-19. The answer to fragile food supply chains and food insecurity in urban spaces appears to be simple--develop more options for urban residents to purchase locally grown healthy foods or grow it themselves. Thus, urban agriculture has surfaced as a viable solution for “food sovereignty” to free urban residents from the shackles of an increasingly corporatized global food supply chain. Urban farming markets have grown steadily in number across the country. However, what often goes undiscussed is the political economic structure of urban agriculture, which can either promote food sovereignty or, as this Article reveals, exterminate the poor from the city altogether under the forces of gentrification or food-related illness.

As food insecurity emerges as a causal link to the preexisting health conditions associated with mortality from COVID-19, what happens when local governments construct property-centered agricultural markets in Black urban neighborhoods that encourage Black and minoritized residents to compete against one another for access to public land to farm their own healthy and fresh food? This Article explores the persistence of food insecurity in Black urban geographies, the so-called Black ghettos of America, which are frequently characterized as food deserts and food swamps, but are more appropriately referred to as “food apartheid” neighborhoods replete with abandoned lots. In such neighborhoods, environmental degradation reflects the social, political, and economic dimensions of urban ecological systems. This Article considers the claim of American sociologist Nathan Hare that environmental degradation in Black urban America reflects the intersection of anti-Black racism, neoliberal politics, and unmitigated capitalist expansion, each working in concert to construct America's “Black urban ecologies.” This Article makes this link more explicit in the context of contemporary urban agricultural practices, which often fail to mitigate the structural disadvantages that drive food insecurity in low-income Black ghettos, particularly where rising land values push out legacy residents. Such market-centered economic ecosystems not only insist on “neutral” and “colorblind” policies that ignore how racial discrimination has shaped Black communities, but also limit strong governmental interventions in favor of unfettered market competition.

Urban development, local government law, and property law scholars, such as Sheila Foster and Lisa T. Alexander, have long argued that structural racism embedded in America's political economy influences the development, or lack thereof, of Black urban ecologies. Whereas proponents of neoclassical economics and private ordering assume a neutral economic marketplace riddled with market inefficiencies that merit targeted, but limited government intervention marketplace where anyone can grasp the helm of America's fabled Dream when vaunted by hard work and self-determination--political theorists such as Cedric Robinson have advanced the concept of racial capitalism to explain how “the development, organization, and expansion of capitalist society pursued essentially racial directions.” In so doing, Robinson clarified why “it could be expected that racialism would inevitably permeate the social structures emergent from capitalism.” Further, economic geographers and urban ecologists, such as David Harvey and Harini Nagendra, have long noted that neoliberal politics shapes the language of policy debates, defines the contours of governmental power, and frames the ethics of private ordering and market functioning in urban ecological market development.

Building upon such insights, food justice scholars have claimed that racial capitalist norms and neoliberal political ideals risk twisting urban food markets in Black urban ecologies into weapons of exploitation, expropriation, and erasure. Accordingly, they argue in favor of infusing culturally resonant farmer's markets, community gardens, and urban farms in Black urban enclaves to disrupt the power of the global corporate food system. As the COVID-19 pandemic continues to devastate Black communities that suffer from limited access to healthy and nutrient-rich food, the development of local food markets has emerged as a critical building block for reimagined urban spaces. This Article builds upon and pushes further than current food justice and urban development discourse to draw more explicit links between neoliberal politics and the logic of racial capitalism in understanding contemporary Black urban ecologies, offering three contributions with broad implications.

First, this Article introduces the concept of structural extermination, a framework that describes discrete processes of socio-ecological and politico-economic systems change in Black urban geographies. This theory draws insights from Erik Olin Wright's integrated class analysis framework (itself drawing upon both the Weberian and Marxist traditions) and Cedric Robinson's concept of racial capitalism, and also builds upon the Author's prior work on the concept of “racial ritualization,” which clarifies how white supremacist beliefs are ritualized in U.S. political economy in ways that degrade the dignity of Black and minoritized people. In the context of urban agriculture, the theory demonstrates how the creation of urban farms and local food markets that privilege the rhetoric of individualism and self-determination, while discounting the reality of domination and opportunity hoarding, will facilitate the exploitation of the poor, the expropriation of public and common property in poor neighborhoods, the erasure of the poor's stories of freedom struggle from collective memory, and eventually, the extermination of the poor from the urban landscape altogether.

Second, this Article describes how the theory of structural extermination is revealed by Washington, D.C.'s decades-long history of urban farming legislation, which has gained increased attention in the age of COVID-19. Importantly, although beyond the scope of this Article, the developing concept of structural extermination has explanatory power outside of the urban agriculture context, such as in affordable housing law and policy debates that have also been amplified by the pandemic's economic impacts, triggering threats of eviction nationwide. Third, and finally, this Article offers strategies to “decolonize” Black urban ecologies at risk of structural extermination by elevating three principles of the social and solidarity economy described in the Author's justice-based theory of community economic development (“CED”)--(1) social solidarity, (2) economic democracy, and (3) solidarity economy.

Part I of this Article articulates the foundational processes of structural extermination, a social theory of ecological systems change that operates across three dimensions in Black urban geographies: (1) exploitation, which links the spirit of American exceptionalism in urban development to a sustained hope in the meritocratic ideals of the so-called American Dream, notwithstanding the exploitative nature of racial capitalism; (2) expropriation, which relates the privatization of public goods in urban development to a weakening public welfare role of government that enables the expropriation of public and common property in marginalized communities; and (3) erasure, which clarifies how the delegation of public accountability in urban development erases historic and state-sanctioned discrimination from collective memory, both degrading the dignity of marginalized people and furthering gentrification.

To showcase structural extermination at work, Part II follows by exploring the history of urban farming legislation in Washington, D.C., highlighting valiant efforts taken by the District of Columbia Council to combat food insecurity and increase access to healthy and fresh produce in D.C.'s low-income (and predominantly Black and minoritized) neighborhoods. Next, Part III argues that the decisive shift in political discourse regarding Washington, D.C.'s urban farming program--from a community-oriented initiative for gardening and food donation to a market-centered program for land leasing and tax abatement--reflects all three elements of structural extermination, threatening urban agricultural development in the District and invading food justice discourse in America more generally.

Finally, Part IV calls for the democratization of ecological placemaking in Black urban geographies, a decolonial praxis that evokes the anti-capitalist ethic of the Author's justice-based theory of CED. Taken together, by calling into question the moral authority and political legitimacy of neoliberal market ordering in the age of COVID-19--one marred by increased food insecurity among Black and minoritized peoples--and by calling into question the nonprofit industrial complex that too often hinders the economic democracy of the poor, this Article reveals the decolonization of ecological placemaking in Black urban geographies as a pathway toward a new vision of food justice.

Washington, D.C.'s urban farming program, premised on the perceived neutrality of individualistic and competitive urban agriculture programs, establishes a zero-sum game of capitalism as the District's preferred pathway for the urban poor to escape food insecurity. Yet, such food insecurity has historically been shaped by exploitative and capitalistic food markets. Thus, while competitive market structures offer an opportunity for self-determination, they also obscure the inevitability of extermination for poor urban residents, whether it manifests as gentrification or death itself from food-related disease. But, what do such acts of “social death” say of the civility of the people who engage them? Perhaps it clarifies how we lose a sense of humanity in the predatory game of capitalism, or maybe it simply reveals the extent of our enslavement to the violent system of racial capitalism.

This Article argues that structural extermination can be avoided by embracing a justice-based vision of community economic development. To overcome the limitations of urban agriculture shaped by racial capitalist and neoliberal norms, local governments should explore strategies that promote social solidarity through collective co-governance mechanisms, economic democracy through collective ownership institutions, and solidarity economies through progressive zoning and land-use public policies.

Associate Professor of Law, University of the District of Columbia, David A. Clarke School of Law.