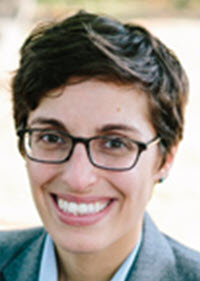 Law plays an integral role in advancing public health. Public health advancements in areas such as vaccine-preventable diseases, tobacco control, and motor vehicle safety have been driven by legal interventions, such as vaccination requirements for school attendance, smoke-free laws, and seat belt laws. The field of public health law continues to expand in the depth and breadth of the study of law as a tool in advancing public health. However, much of this research has focused on state and local governments, and does not contemplate the cultural, legal, and practical realities of Tribes and American Indian and Alaska Native communities. The federal government recognizes 573 Tribes within the boundaries of the United States and maintains a government-to-government relationship with these Tribes. Unlike state and local governments, Tribes are sovereign nations and have the inherent authority to "make their own laws and be ruled by them." Under federal law, the United States maintains a moral and legal trust responsibility with Tribes. The trust responsibility is a "fiduciary obligation ... to protect [T]ribal treaty rights, lands, assets, and resources, as well as a duty to carry out the mandates of federal [Indian] law." These unique governments, and the unique relationship Tribes maintain with states and the federal government, merit their own investigation and research in terms of public health law.

Tribal exercise of sovereignty is not only political but also cultural, in the form of practices unique to each Tribe. "[C]ultural sovereignty encompasses the spiritual, emotional, mental, and physical aspects of [Native people's] lives," and is necessary to asserting political sovereignty. Culture and cultural practices also serve as a mechanism to promote health and wellness. Evidence has shown that American Indian and Alaska Native communities are disproportionately burdened by a variety of health outcomes including diabetes, unintentional injuries such as motor vehicle injuries, and chronic liver disease. These health disparities further support the value of developing a framework in which to understand Tribal public health law through a Tribal lens, rather than through state and local public health authorities.

This article offers a framework for public health law as applied to Tribes, whose history, culture, legal structure, and population health outcomes differ greatly from other jurisdictions. Additionally, the complexities of both federal Indian law and emerging public health crises establish a need to evaluate these issues in a systematic way.

Part I of this article provides background on public health law, highlighting the insufficiency of existing scholarship in Tribal public health.

Finally, Part III concludes with a case study to demonstrate the need for establishing a separate framework for Tribal public health law and how this framework can support thoughtful and rigorous research in this area.

At the 2017 Federal Bar Association's annual Indian law conference, Matthew L. M. Fletcher, Professor of Law and Director of the Indigenous Law & Policy Center at Michigan State University, highlighted the need to "cobble together a statutory regime to support a concept not in statute." In the case of Tribal public health law, there is no comprehensive statutory scheme outlining the depth and breadth of Tribal authority. Yet, this authority is inherent to Tribes and permeates from Tribal sovereignty, Tribal law, and Tribal governance. This article proposes a framework for understanding and applying Tribal public health authorities based on four pillars including Tribal sovereignty, Tribal law, federal Indian law, and preventing structural violence.