The Public/Private Distinction in Public Health: The Case of COVID-19 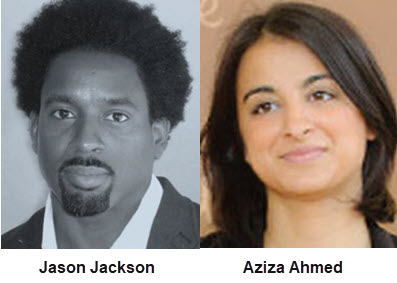 In August 2021, Dr. Francis Collins, then Director of the National Institute for Health (NIH), appeared on CNN to discuss the public health response to COVID-19. During the conversation, he said the following:

If you are parents who have small children under 12 at home they are susceptible for getting infected. And if the parents are out and about and might themselves be carrying the virus and you don't want to pass that along .... So, many parents with that recommendation consider wearing masks for families at home to reduce this risk as long as the kids are unvaccinated, especially if you're in a community that has very high transmission at the present time.

The strong reaction led to a quick response from Collins. He tweeted on August 3, 2021: “Let me clarify the masking message that I garbled on @NewDay this morning. Vaccinated parents who live in communities with high COVID-19 transmission rates should mask when out in public indoor settings to minimize risks to their unvaccinated kids. No need to mask at home.” He thus apologized for his supposed error.

While Collins's initial remarks were based on the possibility of adults getting infected while in public and then potentially transmitting the virus to their children at home, his correction presented the household as a COVID-19 risk-free zone. Yet, from the start of the pandemic, public health data have increasingly shown that essential workers, employed in contexts from nursing homes to meatpacking plants, faced high risk of exposure. If infected, these workers, who are disproportionately racial minorities, would unwittingly take COVID-19 home to their families and children. Thus, the home is a potential site of COVID-19 exposure and transmission. So why has there been resistance to developing public health interventions that would protect children and other adults in the domain of the home?

In this Essay, we argue that the paradigm of the public/private distinction is implicitly operating as a primary frame in the public health response to the pandemic. The public/private distinction is particularly evident in the guidance around masking and other risk-mitigation policies and advice issued by public health agencies. This public health approach reifies the notion of the home as an exceptional private space that exists outside of the possibility of COVID-19 transmission, obscuring the reality of the high risk of transmission in some households. We argue that the manifestation of the public/private distinction in the COVID-19 response is deeply raced and classed as it ignores the high risks borne by essential workers, who are disproportionately lower-income workers of color, and their families. The reality is that many essential workers could not follow the primary advice offered over the course of the pandemic to stay at home and thus bore disproportionate risk of contracting COVID-19 in the workplace and exposing family members at home.

The rest of this Essay is organized as follows. Part I describes how the primary public health response of stay-at-home orders was organized around a sharp differentiation between risk of transmission in the public sphere versus risk of transmission in the private domain of the home. Part II elaborates the logic and history of the public/private distinction and the role it has played in structuring the governance of modern society. Part III shows how the public/private distinction has shaped the approach to understanding the household in neoclassical political economy and traces the way those ideas have had an imprint on public health law and policy. In Part IV, we move beyond the public/private distinction by turning our attention to commonsense public health policy measures that would contribute to decreased risk of COVID-19 transmission in the home, such as Dr. Collins's masking advice. Highlighting the simplicity of these responses not only offers pragmatic tips, but also serves to highlight how entrenched the public/private distinction has been in the response. Without this divide, these responses could have--and should have--been prioritized. This Essay then concludes with a brief discussion of the theoretical and policy implications of the preceding analysis.

Professor of Law, University of California, Irvine School of Law.