Health in All Policies: An Approach to Combatting Racism's Impact on Public Health 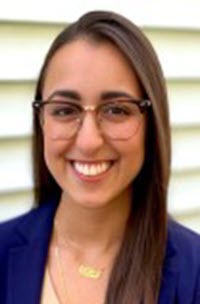 The COVID-19 pandemic has sparked the current discussion of racism as a public health crisis throughout the country. The impacts of the pandemic have illuminated several racial disparities in health outcomes, including greater rates of infection, hospitalization, and death amongst racial and ethnic minorities compared to their white counterparts. Although the pandemic has forced this issue into the spotlight, these health disparities are not a brand-new occurrence, and most certainly do not require a pandemic in order to occur. Mothers who are Black, Native American, or Alaskan Native have double, or sometimes even triple, the risk of dying due to pregnancy-related complications than white mothers. When adjusted for age, the death rate for Black individuals who suffer from cardiovascular disease is thirty-three percent higher than that for the overall U.S. population. Racial disparities even manifest in the amount of pain relief given to a patient, as evidenced by a recent study finding that Black children who visited an emergency department for acute appendicitis were eighty percent less likely than white children to receive opioid pain killers.

Michigan's Governor, Gretchen Whitmer, has taken the first steps toward addressing this public health issue through an executive directive released in August 2020. In this directive, Governor Whitmer adopted several strategies that the state's health department, in conjunction with other state agencies and departments, will utilize in order to combat racism's effects on public health in Michigan. These strategies include: (1) data and analysis collection to determine what resources and tools are necessary to address the crisis; (2) policy and planning initiatives to combat racism; (3) engagement, communication, and advocacy to implement a community-driven response; and (4) implicit bias training in state departments and agencies.

Although Governor Whitmer's initiative is an important first step in the right direction, more can be done to ensure that racism's effects on public health are effectively dealt with and eradicated. This Note argues that in order to obtain true health equity amongst racial and ethnic groups, a Health in All Policies (HiAP) approach should be adopted at the state level. This means that whenever a new policy is contemplated, the health implications that may result from that policy decision must be considered simultaneously. As policies are implemented and evaluated, both government and community organizations should ensure that they do not have a negative or disparate impact on the health outcomes of various groups. Part II of this Note provides background on how racism has been analyzed as a public health crisis and provides more information regarding what Governor Whitmer's directive entails. It additionally provides an overview of what sort of legislation has been introduced regarding this issue at the local, state, and federal levels, as well as a deeper discussion of what a HiAP framework involves. Part III analyzes where Governor Whitmer's directive falls short and why Michigan should adopt a HiAP approach. Part IV concludes that in order to achieve equitable public health outcomes for minority Michiganders, a HiAP approach must be adopted statewide in addition to the policies already put in place by Governor Whitmer's executive directive.

The United States continues to grapple with how to face the reality of racial disparities that the COVID-19 pandemic has shined a light upon, and the country will be tackling the issue of health inequity for quite some time. However, even after the pandemic becomes a distant memory, our society will still need to actively, as well as proactively, combat the effects racism has on public health. Governor Whitmer's directive, especially the sections regarding data collection and analysis and coalition building, will allow Michiganders to gain a deeper understanding of the issue and of the steps necessary to eliminate racism's impact on public health. These tools may lead to public health focused interventions and legislation at the state level. Additionally, they will hopefully allow a more diverse set of voices to make public health decisions that will have an impact throughout the State.

Although Michigan is making critical strides toward achieving health equity, it is necessary that we take the further step to implement a HiAP approach statewide. The adoption of a HiAP approach will protect all Michiganders, regardless of their socioeconomic or racial-ethnic status, from policies that result in adverse public health outcomes. All Michiganders will benefit from critically approaching policymaking to ensure that all policy decisions will result in positive health outcomes. By implementing a HiAP framework throughout the State, we can dismantle systems of oppression from a public health perspective, creating a healthier Michigan for generations to come. Furthermore, the HiAP approach should be adopted at both the state and federal level throughout the country to ensure that the goal of true health equity can become realized for all Americans.