The Constitutionality of the Indian Child Welfare Act 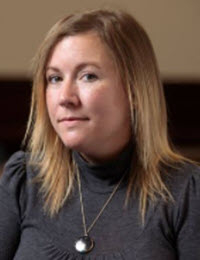 The Indian Child Welfare Act (ICWA) was passed in 1978 as a response to the disproportionate removal of Indian children from their homes compared to non-Indian children. It was found that this was disproportionality in part because judges and child welfare workers did not understand Indian culture-which led to prejudicial attitudes and the higher rates of removal. Congress enacted the ICWA through its plenary power over Indian tribes.

The constitutionality of the ICWA is currently being decided by the Fifth Circuit Court of Appeals. In a remarkable decision, the District Court for the Northern District of Texas, Fort Worth Division, found the act to be unconstitutional for violating Equal Protection, anti-Commandeering, and the non-delegation doctrine. Despite the recent developments related to the ICWA, the act's constitutionality has been questioned since its enactment.

Based purely on precedent and the deference given to Congress in relation to power over the tribes, the act is likely constitutional based on the three potential claims that have been discussed. However, if the issue is brought before the Supreme Court, there is a chance it could be struck down based on equal protection--if the Court does not avoid the constitutional question. The district court's finding that the act was unconstitutional as a violation of equal protection was unexpected. Based on comments made in dicta, the Supreme Court seems to have noticed there is the potential for an equal protection claim.

It is unlikely the act would be found unconstitutional under the Commerce Clause. The Supreme Court has long held that Congress gets its plenary power from the clause. However, the Court's treatment of Indian law could be described as “whimsical” and as such “the Court could conceivable abolish plenary power, [although] to do so would be a dramatic departure from centuries-old jurisprudence.”

The non-delegation argument is an interesting one as well. This argument seems to have the most potential of the two above mentioned. That is because Mazurie can easily be read to only apply to Indian's legislating on the reservation. It would be a very straight-forward interpretation.

In the end, all eyes are anxiously awaiting the decision from the Fifth Circuit and then the potential petition for certiorari that is expected to come after the decision. If this case gets to the United States Supreme Court, the decision could have an impact not just on the constitutionality of the ICWA, but potentially all Indian legislation past and future.